I had a great run/walk today! My wakeup heart rate was 60, still high but lower than last week (yesterday, it was 61). I didn't get out until 12:30 pm, and by then the summer heat was here. The shade temp when I left home was 95 (F). The temperature in direct sunlight was probably 105-110. Most of the trail was in direct sun, although there were a few spots of shade. As I ran, when I saw a bench in the shade, I stopped for a couple of minutes. I wasn't tired like I've been in the past; I stopped to rest due to the heat and to give my body a chance to adjust to the heat a bit. Instead of the 3 cups of water that I usually carry when I do 3 miles, I carried 4 cups. In addition I took a nice drink before I left home and another nice drink next to the path before I started. I was glad for the extra cup of water that I carried. I drank a couple of swallows each time I walked (every 2 minutes), and the extra cup meant I drank a bit more than I would have. When I finished, I used the fountain next to the path to get water, and I poured a cup or so on my head and let it drip down my face and t-shirt. There was a slight breeze blowing, and that breeze was a head-wind on my way back, and it helped cool me. One of the first signs I get of heat exhaustion is a headache, and that didn't happen to me. My energy level stayed relatively high during the run. All in all, I think I handled the heat OK. I went slow and enjoyed being outside.

I had the path mostly to myself. I didn't see any other runners until I was half a mile from the end and I saw several members of the police academy out for a training run. I could tell they were from the academy, because they all had blue shorts and white t-shirts with the academy logo. When they passed, I was sitting on a bench, and they all called me "sir" as they passed me. While I ran, I did see 4 walkers, a couple of cyclists (one a boy about 11 or 12 who was sitting in the shade with his bike on the ground next to him) and a girl on skates. She gave me a thumbs up as she flew past me. I frequently get thumbs up from others on the path. I guess they aren't used to seeing an old geezer out running.

When I got home, I changed into dry clothes and took an hour nap. In another hour and a half, the temperature will be below 90, and I'll just have time to mow my lawns before it gets dark. I started the lawns yesterday but stopped due to the heat after doing about 1/3 of the lawns.

I've been walking but not running

I haven't done much running during the past week, but I've done some walking. My wife and I walked to and from church the past two Sundays (about 2.5 miles for the two days). Some of my grandkids walked with my wife and me to the nearby canal and fed the ducks and looked at the new ducklings (about a mile for the loop). Mowing my lawns each week takes me about an hour -- all walking and pushing my old mower. So, I haven't been sitting on a couch all day....
at 6/28/2013 No comments:

I'm mostly running for health and enjoyment of running

Yesterday, I read in sciencedaily.com a report stating that if one is exercising for health, the important thing is the total minutes run during the week, rather than the schedule of when the exercising took place. Of course, if one is running to be faster or go longer, the schedule is important.
at 6/22/2013 No comments:

I ran 3.0 miles this morning in 61 minutes. Because I was out a little earlier than I've been doing, there was more shade on the path. There were a lot of people out today. Cyclists, runners, walkers, skaters, and one man on skates who used ski poles to push himself. I thought maybe he was keeping in condition for cross country skiing. I took one 2-minute rest stop on the way back. The bench was in a lot of shade, and it was nice to sit for a moment and enjoy the shade. We've had a lot of hot weather, but the past few days have been more moderate -- sunny and nice but cooler.
at 6/19/2013 No comments:

I ran for 3 miles this morning, and I felt fine for the first half and then I started getting tired during the last half. My wakeup heart rate was 58. I only had 6 hours sleep last night. I've been having trouble getting dehydrated due to not drinking enough water, and that has affected my sleep at night and probably my wakeup heart rate. I'm trying to drink more water during the day. I do carry water with me and drink one cup per mile, but when I get home, I get busy and forget to drink.

Water, water, my kingdom for a drink of water!

Took a rest day today instead of running

I had planned on running in the late afternoon, but my heart rate was high all day, so I didn't go out. Because of my age, I'm taking more rest days than I did when I was younger.

Today the temperature was in the 80s (F), and for the next few days the temperature will be in the 90s. We'll get some rain in the middle of next week, and that will cool things down a bit. 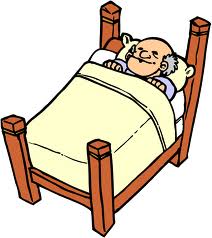 My wakeup heart was 58, and I had a good 7 hours sleep, but I didn't run until late afternoon. I was pretty tired during my run, and I did more walking on the way back than I did on the way down. I took one short rest on the way down and one on the way back. I faced a 5 mph head wind on the way back, and that sapped my energy, too. Yesterday, I mowed and edged my lawns, and I drove to Salt Lake City and edged my mother-in-law's lawn. The edging wasn't particularly hard, but the mowing was hard, and I was pretty tired when I finished. I didn't get my lawns mowed last week, and the grass was longer than usual when I mowed it today. I need more than one day of rest after I do my lawns, and I was tired during my run. I'm going to try to mow my lawns on Thursday so I will have two days of rest before my Saturday run. Because of the lateness of my run, there was quite a bit of shade on the path, and that helped. The temperature was in the high 70s (F), not very high for running but high when I was already tired from the day before.
at 6/04/2013 No comments:

I just got back from my run. Today is a beautiful day. No clouds. Lots of sun. The temperature when I got back was 78 (F). Almost no wind was blowing. Lots of runners, walkers, cyclists on the trail. In fact, the parking lot at 100th South had about 15 cars, significantly more than the 5 or 6 cars that are usually there. At first, I thought the police academy was having a qualification run, but I didn't see any police cars in the parking lot, and I realized the cars were all civilian cars.

I ran the same 3-mile route that I used on Wednesday. I didn't keep track of my time, but the run probably took about 55 minutes. I used my Fuel Belt for the first time this year, and I followed the same schedule I've used in the past -- one swallow of water each time I started walking, that's a swallow every two minutes. Each bottle in my Fuel Belt holds one cup, and I empty the bottle every mile. I also got a drink from the water fountain at 100th South at the beginning and end of my run/walk. The temperature wasn't particularly high today, but I was glad I carried water with me. After about 1.5 miles I started sweating, and the water helped replace that lost via sweating.

Now, after I eat brunch and take a short nap, I'll mow my lawns. The picture shown below is the belt I have (6 bottles). It isn't very visible in the picture, but the belt has a nice pouch that I use for my cell phone.

My wakeup heart rate is going down

My wakeup heart rate was 58 this morning, after a good 7 hours sleep. It was 63 or 64 last week. If I continue getting good sleep, my heart rate should continue going down. I'm leaving in about an hour to go running so I get my running in early. I'll be working in my yard for most of the day, mowing lawns and trimming trees, and if I don't get my running in now, I probably won't get it done at all. 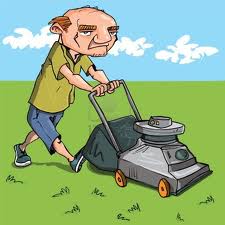