I had planned on running 2.5 miles ad a medium run, but after 1 mile I was tired, and I did a lot of walking during the second mile. My wife and I went north from 100th South to the bench at the edge of the Sandy gold course and then returned to our car. I think part of my problem was not eating lunch and then not going out until 5 pm. My body didn't have the calories it needs to cover the distance I planned to run. I did have a light breakfast, but that wasn't enough to fuel my body during the late afternoon. 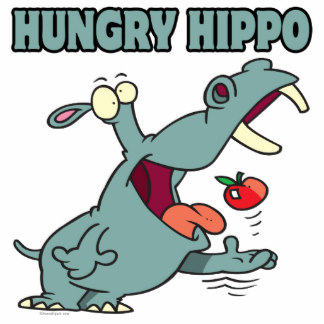 Did my rest run of 2 miles

My wife and I went north on the Jordan River Parkway to the 1-mile marker and then turned around and came back to our car. She walks as fast as I run and faster than I walk, so she reached the turn-around point before me. There is a bench at that point (at the edge of the Sandy City Golf Course), and she waited until I reached the bench. I rested for about 30 seconds, and then we headed back. We got home about noon. The temperature was in the mid 50s (F). I wore running shorts with no jacket and was still cold as my body warmed up. When I was younger, I went faster, and my body warmed up faster, and I would have felt great, but since I'm older I was still cold when I got back to my car. Next time I'll wear my nylon jacket.
at 4/07/2014 2 comments:

My wife and I wanted to be home by 10 am to listen to the Saturday sessions of the Mormon Conference, so we left home at 8:15 am. She did her 2 miles of walking, and I did 3 miles of running/walking. The temperature was 42 (F) when we left home. There were a lot of people using the Jordan River Parkway. I took no resting breaks going out, but I took two or three short breaks on the way back. Going out early was nice, because there were rain showers later in the day, although the showers were intermittent and light.

This week is a good example of what I want to do for the next month: 2 miles as a rest run. 2.5 miles as a medium run, and 3 miles as a long run. Doing those distances will help my body get used to the longer distance of 3 miles. When I feel like my body has adjusted to those distances, I will increase by 5-10% the distances of all three runs. After each increase, I will run the new distance for at least a week or two. When my rest run gets up to 3 miles, I'll switch to using time instead of distance to report each workout. As my body gets stronger, I'll probably do about 3.3 miles in 60 minutes.

My run was uneventful. I made two short rest stops on the way back. When I got back to the parking lot I saw a bunch of kids and adults with bicycles, and I asked one of the adults what group they were with. He said it was a middle school bike club. They planned on riding for about an hour.
at 4/02/2014 No comments: