Today was a "yellow" day (voluntary things to reduce pollution)], so I went to the Jordan River Parkway and went south. The path had been plowed, but there were patches of ice on the path, and lots of water puddles. I tried to use the 80:60 seconds ratio that I've using, but I also avoided much running on icy sections of the path.

I saw three feral cats eating food brought by an older man who lives nearby. I stopped to talk with him, and he said he feeds the cats every day, regardless of the weather. He said the cats do pretty good during the summer catching birds and mice, but in the winter they need the food he brings to them. They were friendly with him and let him pet them, but they ran away when I approached them.

The temperature when I returned home was 35(F). I wore 4 layers, plus the warmer gloves, and I felt fine.

The temperature was 31 (F) when I left home and drove to the Jordan River Parkway. I walked 0.83 miles and then turned around and walked back. The trail was icy but OK for walking. I wore 4 layers and felt fine, except for my hands. I brought a pair of gloves with me but forgot to put them on when I left my car. After my hands were cold, I put them in my jacket pockets, and the warmed up. There was little breeze, so walking felt about the same going both directions. I wanted to do some running, but with the ice on the path I felt walking was safer. I was out in late afternoon, and the sky was overcast most of the time. I did get a bit of sun on the way back, but it was later afternoon sun. I didn't check the temperature when I got home, but it was around 28 or 29 (F).
at 12/26/2016 No comments:

I went south on the Jordan River Parkway instead of the South Jordan rec center, even though there was haze in the valley. The temperature when I left home was 31 (F). I wore an extra layer (4 layers) and felt warm, except for my hands. I wore a pair of cotton gloves, but they didn't keep my hands warm. I need about 2 miles to warm my core and then my hands, and I'm not going that far. The next time I run/walk when the temperature is around or below freezing, I'll use a different pair of gloves.

The runner in the following picture, taken from the web, is doing a heel strike in front of his knee. Hope he doesn't get shin splints :). 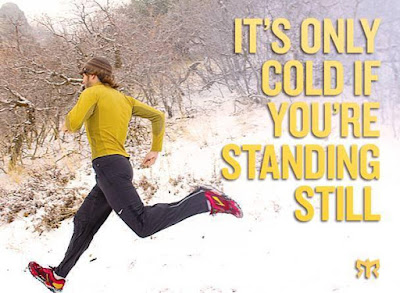 The temperature when we left home was 20 (F). My wife and I went to the South Jordan rec center and ran or walked laps around the indoor track. I don't mind going outside in the cold, because I put on more layers to keep warm. My wife, however, doesn't like the cold, and the rec center was a good compromise. Also, there was a haze over the valley. This is the time of year in which inversions yield poor air-quality. The Salt Lake valley is a bowl with mountains on all sides of the valley, and we usually have poor air during the winter months. I haven't heard the official rating for the day, but I'm guessing the day was a yellow day, meaning there is smog, but it isn't life-threatening, i.e. use your judgment about going out.

The following photo was taken from the web and shows the Salt Lake valley with serious smog. The haze in the picture is probably worse than the haze experienced today. 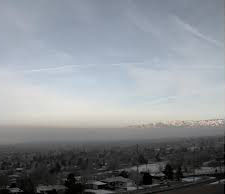 Another 1.1 miles with a strong wind

My wife and I went north from 100th South. The temperature was in the low 50s (F), but there was a strong wind, a head wind on the way back. I did more walking on the way back than normal because the strong head wind made running difficult. We saw no runners or cyclists and only one walker. 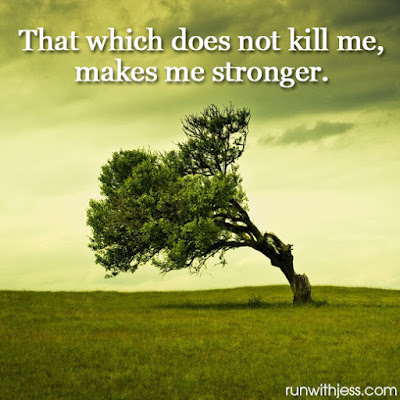 My wife and I drove to the Jordan River Parkway and went south from 100th South. The temperature was 40 (F), and we went in mid day before the temperature decreased very much. The sky was a mixture of sun and clouds. I saw 2 cyclists but no runners or walkers. I had 3 layers, which is normal for this temperature.
at 12/12/2016 No comments:

I went to the Jordan River Parkway in the late afternoon and ran/walked 1 mile, going south from the trail head at 100th South, using the 120:100 seconds ratio that I've been using. The temperature during my run was 27 (F), and I wore a long-sleeved shirt over my t-shirt (4 layers on my upper body. My legs still had only 2 layers). I felt fine, except for my hands due to not wearing gloves. I kept my hands in the pockets of my wind breaker, and they felt fine.

The elevation level at my house is about 4600 feet. I have a device that fits over my finger and measures the level of SPO2. I usually have about 91-92%, although I can get the number up to 95% or so when I take deep breaths. One reason I like running is that it automatically puts me into heavy-breathing that gives me more oxygen. During my cruise, I was at sea level, and the device gave readings of about 94-95% while breathing regularly, indicating I was getting about 2-4% more oxygen at the lower level of the cruise. The graph drawn by my TemnID device looks better (more regular) due to my pacemaker. I do though, once in a while, skip beats. I've known about this skipping of beats for over 30 years, and the heart-doctors don't seem concerned about it.

I'm using the pointer finger of my left hand for these measurements. I've tried other fingers and my right hand, and the results are about the same. 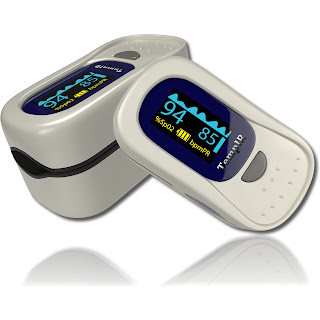 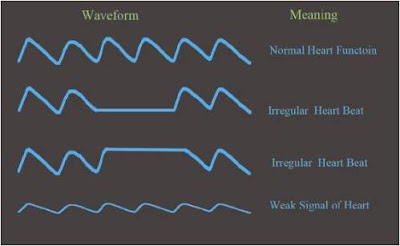 During the past two weeks, my wife and I were on a cruise. We flew to Florida and then sailed through the old locks in the Panama canal to San Diego, CA, and then flew home. While in Florida, we visited the Epcot Center at Disney world and the Kennedy Space Center. We saw a rocket take off carrying a weather satellite. I walked around the ship a lot while were at sea, and I walked a lot during the land tours in five countries in Mexico, Central America, and one country in South America. I think I walked about 10 miles during the two weeks. The following picture shows the cruise ship (MS Veendam) docked at a Mexican port. 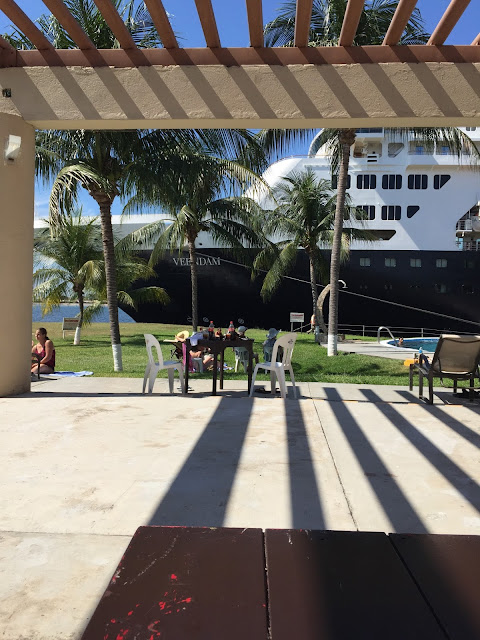 The walking path on the ship is 1/13 of a mile, and I tried to walk 1/2 mile in the morning and 1/2 mile in the afternoon. On one of my walks, I was in a rain storm with 30 mph winds. I had sprayed my nylon jacket and pants with Silicone before I left, but the wind pushed the rain through the nylon and onto my clothes. But, the weather was warm and I wasn't in much danger of hypothermia. I pushed myself into a cold, because I violated the heavy/light principle of running by doing the mile every day. I didn't walk much for several days while I got rid of the cold, and then I walked the mile every other day and walked shorter days for the light portion of my walking. The following picture show the walking path around the ship. 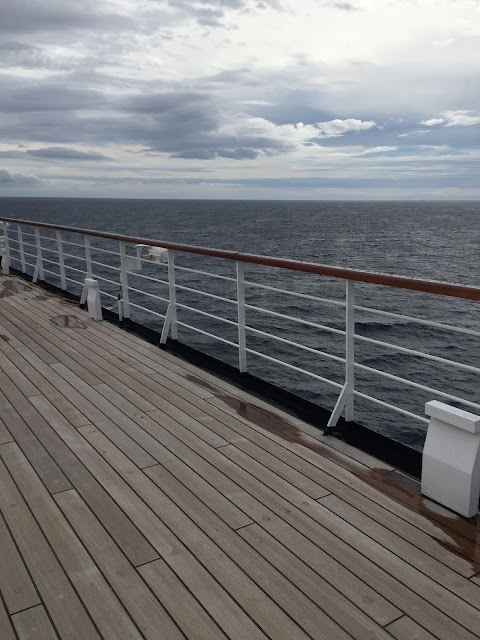 The next picture shows a view of the Panama canal from the ship. The lock gates are about 80 feet high. Water from a higher lock fills the next lock and is fed into the second lock via gravity. Several "mules" travel the tracks that go along the sides of the locks and are attached to each ship and guide the ship through the locks. The ships, however, use their own motors to move the ships; the "mules" do not pull the ships. There are two paths though the canal, and a container ship is in the lock behind us in the other path. We went through the older locks rather than the newer locks.Newer ships that are wider use the new locks. 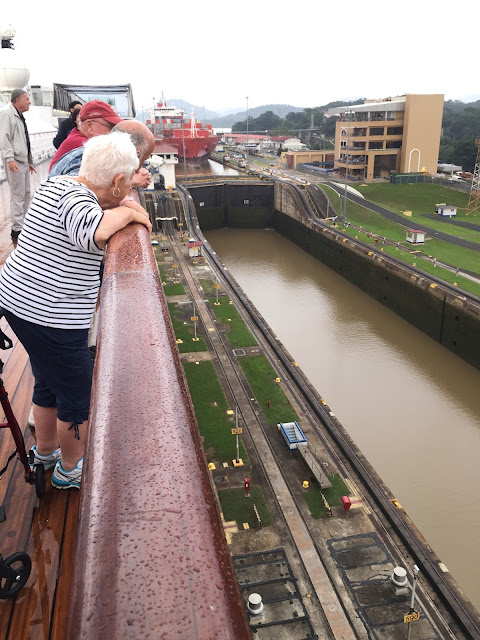