Today was a Green day, and my wife and I drove to the Jordan River Parkway and went north. There was a 10-15 mph wind blowing, with gusts of 25-30 mph, and on the way back I did more walking due to the wind being a head-wind. The air temperature was in the low 50s (F), and it was a nice day for running. Although, due to my age I'm going slower, and I felt cool during my run.
at 2/20/2017 No comments:

Ended this week with another 1.64 miles

Judy and I drove to the parking lot at 100th South and went south on the Parkway.  I stopped at the bench, as I've been doing all this week, and she went to the tunnel at 106th South. She walks faster than I jog or walk and thus goes farther. The sky was overcast and a slight wind was blowing, but the temperature was in the mid 50s (F), and it was nice to be out. We left home in the late afternoon but finished our exercise before it got dark.

Today (Saturday, and the forecast for Monday) was a Green day. We went from a Green day last week to Yellow days, indicating an inversion with bad air was beginning to form. However, instead of progressing to an Orange day and then a Red day with bad air, we went back to a Green day. This change was caused by warm air that came into the valley during day times. Inversions require cold air on top of warm air. On Green and Yellow days, I go outside to run and walk. On Orange and Red days, I go inside at the rec center to run and walk. I check the air quality each day before I run to help me make a final decision about going outside or going inside.

Today was another Yellow day. It was a great day for running. The sky was cloudless, our solar panels are generating lots of energy, there was no wind, and the shade temperature when we left was 51 (F). Nice!

My wife and I drove to the Jordan River Parkway parking lot at 100th South, and we went south.The path is relatively flat during that part of the Parkway, and we had lots of sunshine. There were quite a few people on the path.

Today was a Yellow day, and my wife and I drove to the Jordan River Parkway. She went north and I went south to the bench that is near 106th South. She likes to go north, because she enjoys the new houses that are being built, and we got back to our car at the same time. It was a beautiful day: no wind. Temperature in the mid 40s (F), and several people were on the path.

It was late afternoon when I drove to the Jordan River Parkway and ran south for 0.75 miles and then came back. The temperature was just above freezing, and there was a slight north wind blowing. I put on a long-sleeved t-shirt to give me another layer to offset the cold temperature. My body felt fine, but my hands and face were cold. As I'm getting older, I'm slowing down and am less able to withstand cold temperatures.
at 2/11/2017 No comments:

I drove to the dealer and had the battery in my car checked. It failed the "load" test, so I bought a new battery. Now, I can use the car without worry that I'll get stuck somewhere.

When I was young, cars had an amp meter instead of a volt meter, and you could see the battery condition by the amount of current being drawn. A lot of current was drawn to start the car, but within a few seconds the current was down to a low level due to the battery being recharged. Now, with modern cars, I don't know how to tell the battery condition. Yesterday, my battery allowed the radio and parking lights to work fine, because those items used low current, but the battery didn't give enough current to start the car.

I was reading about testing car batteries, but the procedure was complicated and something not a lot of people can do. What is needed is a simple procedure that doesn't require anything that doesn't come with the car. People need something that is part of the car and shows the battery condition. The driver thus can glance at the meter and know the condition of the battery.
at 2/09/2017 No comments:

Today is another Green day, and my wife and I drove to the Jordan River Parkway and went 1.5 miles. It was a beautiful day to be outside: temperature in the low to mid 50s (F), lots of sun, a few clouds, and almost no wind.

When we got back to my car, the car wouldn't start because the battery was discharged. My wife walked 3 miles (one way) to our home to get our other car. We tried to jumper the bad battery, but our efforts were unsuccessful, so she drove home and called the car dealer to get help. This dealer offers free help along the Wasatch Front for things like bad batteries or no gas in the car. The car started right up for the guy who came and jumpered the battery, and I drove home. I'm not sure why the battery was discharged, and I don't remember how long we've had the battery. I need to get the battery checked and probably replaced. 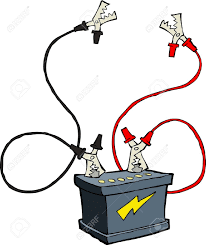 Today was a Green day, and I went to the Jordan River Parkway and ran and walked 1.5 miles. There was a 10 mph gusty south wind. Because I was going south, the wind was a head wind on the way out and a tail wind on the way back. I had my 3 layers, including my nylon wind breaker, and I felt comfortable. The air temp was in the mid 40s (F) during my run. The path was all dry but there were a few spots of snow on the side of the path. Due to the slope of the ground, the water from the melting snow was going into the dirt on the side of the path instead of on the path itself. I took only one rest stop during the run, and that break was on the way back when I had about 0.25 mile left to go. It was a short break of about 20 seconds. I used the bench which is just north of the 0.25 mile point.
at 2/06/2017 No comments:

Ended the rest-week with another 1.5 mile run/walk

I've been doing 1.5 miles as a rest distance, and I completed another 1.5 miles this morning. Today is a Green day with no restrictions, and it was nice to see the Wasatch Mountains as I ran and walked along the Jordan River. It was also nice to be back on the Parkway path instead of the rec center. The sky was mostly cloudy, but there were moments of sunshine. While I was completing my run and on the drive home, I felt a few drops of rain, but it didn't amount to much, and the sun was out by the time I reached home, and it has stayed out most of the day. The shade temperature right now is 51 (F). Judy didn't go to the river with me, because she went to Salt Lake City to help a cousin by giving her a ride to the hospital to see the husband of the cousin.

Today was a Red day, but the forecast was later changed to an Orange day. Red days have the worst smog. My wife and I went to the rec center, and I ran and walked 15 laps. Later in the day I took a 21/2 hour nap. I've been getting a good 7-hour sleep each night, but my body needed more than 7 hours, hence the nap.
at 2/01/2017 No comments: